Home » blog » Bringing Interpreters out of the Shadows

Insightful article in Foreign Policy on the roles of interpreters in high-stakes political meetings: U.S. politicians debate whether to force Trump’s interpreter to divulge contents of the private meeting.

The article has an excellent summary on interpreter’s role when the country leaders meet with each other: An interpreter’s job is, by design, strictly in the shadows. They stay out of the limelight and translate for world leaders in real time, in high-stakes negotiations where success or failure can hinge on a single word, verb tense, or inflection.

Conference interpreting is a tough job, and for the most part unseen: whether it is a corporate event, or a highly visible political meeting, interpreters stay out of the limelight, working in interpreting booths, or staying behind the backs of the leaders, whispering to them as needed. Here’s a famous photo of Ronald Reagan meeting with Mikhail Gorbachev, and their interpreters beside them: 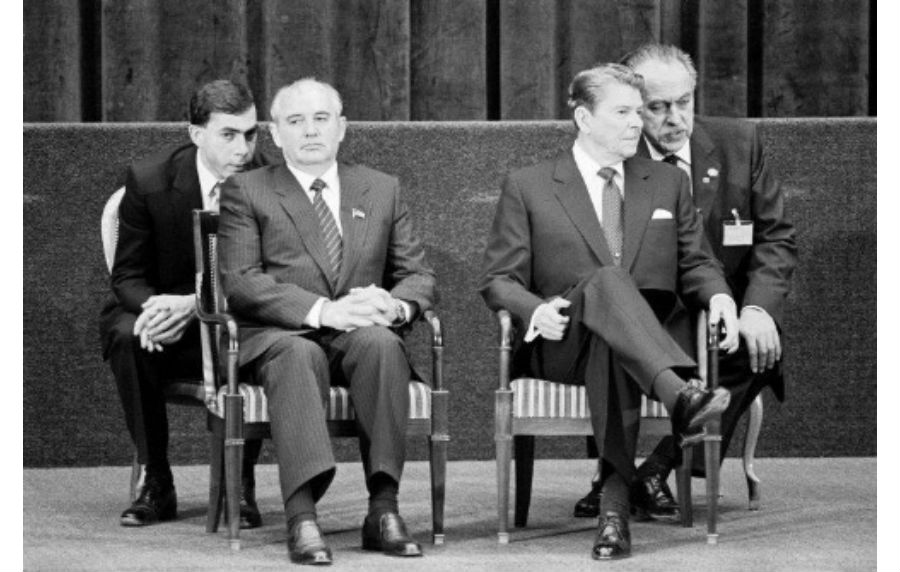 Staying out of the public’s attention is not always an option, however, as illustrated by the latest flare-up in the US-Russia relations, and specifically, the private meeting of Donald Trump and Vladimir Putin in Helsinki.

For a 90-minute one-on-one meeting with Putin, the only other person in the room with Trump on the American side was not his secretary of state or national security advisor, but a career State Department interpreter, Marina Gross. In the days since, the White House has remained largely tight-lipped on what went on in the meeting, fueling fierce backlash in Washington and speculation as to what exactly the two leaders agreed.

Now there’s a move in US political circles to subpoena the interpreter and have her testify about the contents of the meeting and who said what. Interpreters “are very significant players in the broader diplomatic machinery,” said Nancy McEldowney, the former U.S. ambassador to Bulgaria and three-decade veteran of the U.S. foreign service.

“They don’t contribute to the policy deliberations, but the best of them become close, become confidants,” said McEldowney. “The very best of them will say, ‘hey, you have to understand how that will be played,’ or ‘that won’t translate in the right way, it will be misunderstood,’” she said.

Whether the effort to subpoena succeeds or not, most former diplomats and interpreters agree, that it sets a bad precedent. The former diplomats say it’s critical that private negotiations between a president or secretary of state and foreign counterparts stay private.

Of note, a comment by former US Ambassador to Russia Michael McFaul prior to the actual meeting that Marina Gross was “absolutely fantastic“. We will be following the news to see how this unfolds.